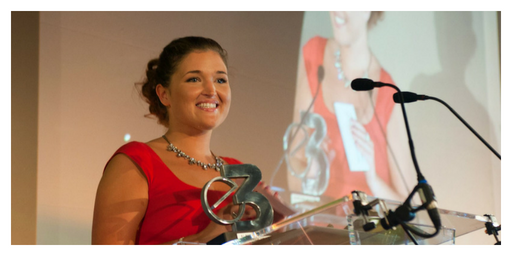 At last year’s E3 Awards, Hannah Warren, founder and managing director of Preston-based Oxygen Personnel was named Young Entrepreneur of the Year. In this article, she discusses her experience of winning the award and how her company has benefited from it.

What were your reactions to being named the E3 Young Entrepreneur of the Year for 2014?
I was honestly overwhelmed – as you can see from the video online of me receiving the award. The competition was very strong and it was a great achievement to have won so soon after starting and establishing the business.

What factors do you think were key to your success?

Never, ever, ever giving in. No matter how bad a situation seems at the time, you have to constantly challenge yourself to overcome obstacles. What comes easy won’t last, and what lasts won’t come easy, so you have to put in the groundwork to reap rewards later on down the line.

Following the winning of the award, we are now in the process of opening up a London branch. This has happened much sooner than anticipated and our reputation within the North West in particular has really increased.

How have you made use of your status as an E3 Award-winner?
I have been shocked by the response I have received since the win, which has seen the news travel to London and southern regions and amongst some of our competitors. The overall response has been outstanding.

I have also recently been named as a finalist in the Start-up Director of the Year category of the prestigious Institute of Directors 2015 Awards.  Again, this is a great achievement and proof that the E3 Business Awards really do grab the attention of both North West and national organisations. It’s great to receive recognition from different organisations.

What would you say to North West companies that may be thinking about putting in a nomination?
What have you go to lose? There are so many outstanding individuals and companies in the North West so it’s time you got the recognition you deserved… Do it!