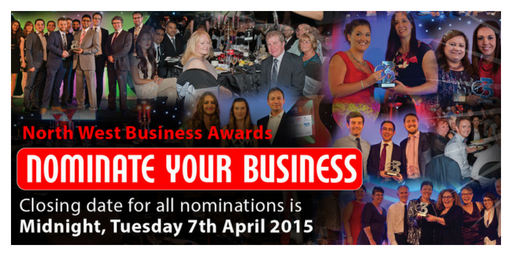 The organisers of the North West’s leading business awards programme for Enterprise, Education and Employment – the E3 Business Awards – have announced that nominations for the 2015 event are now open. They are open to all small and medium sized business, entrepreneurs, charities and social enterprises from Lancashire and throughout the North West.

The finals of the 2015 E3 Business Awards will take place at the Macron Stadium in Bolton on Thursday 11th June. They will be hosted by 1 Events Media.

An important development for this year is the creation of five new award categories.  There were twelve last year and they attracted nominations from every county in the North West. However, such was the diversity of entrants that the organisers decided to introduce additional awards in order to properly reflect the achievements of regional businesses. 1 Events Managing Director Mubarak Chati explains:

“The 2014 event attracted some very impressive nominations but as we looked at the entries and read more about all that North West businesses were doing, we began to feel that there were other areas of business achievement that were equally deserving of attention. For that reason, we have added the following categories: Online Business of the Year, Family Business of the Year, the Green Business Award, Professional Firm of the Year and the Customer Service Award.”

The E3 Awards are designed to celebrate not only business achievements but also the positive social impacts arising from them. They seek to promote diversity and to recognise the efforts of entrepreneurs from all parts of society. They are therefore open to mainstream businesses as well as to entrepreneurs from under-represented communities.

“The E3 Business Awards were launched in 2013,” said Mubarak Chati. “Since then, they have grown steadily; we’ve received hundreds of nominations from businesses of all sizes – everything from individuals and new start-ups to some of the best-performing businesses in the region.

“In 2015, we’re keen to widen the net so we can celebrate an even greater cross-section of organisations – companies, charities and individuals that are making really positive efforts to create jobs and revitalise the regional economy. The Awards are designed to be as inclusive as possible so we’re keen to hear from the broadest possible spectrum of applicants – in terms of location, age, ethnicity and sector.”